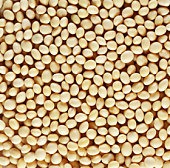 We’ve been hearing about soy for decades. Besides the familiar soy sauce and traditional tofu, used for centuries in Asian cooking, there is a bewildering assortment of soy products on the market today along with a staggering amount of information. Textured vegetable protein is sold to vegetarians as a meat substitute. Soy is supposed to help you lose weight, lower cholesterol, stop osteoporosis, reduce risk of heart disease, improve women’s health, maybe even cure cancer, and in general save the planet. How much of what we are being told about soy is true, and how much is hype?

The history of soy as a miracle food is interesting. You may be old enough to remember some soy products coming into small local health food stores in the late 1970s. Now they’re everywhere — even in your regular grocery store. It’s actually our country’s second largest crop — right behind corn. What you may not know is that food corporations and factory-farm associations are responsible for a lot of the health talk you’ve heard about soy. Much of the scientific research that resulted in glowing reports about soy’s possible health benefits was paid for by Monsanto, Cargill and other giant world food monopolies. A huge amount of money has been sunk into marketing, packaging and publicity to convince Americans that soy was safe and had positive health effects.

Devotees of soy tell you that it was used in China for thousands of years. This is true, but it was never eaten there as we do today. Only the roots were used to fertilize and balance the soil. It was fed to some animals, but was not considered good for people because it caused gas and other digestive problems. Asian people only eat fermented soy — miso soup, soy sauce, tempeh — because in that state it is digestible. Even fermented, it is a very “cold” food in traditional Chinese medicine, and is always eaten with ginger or other foods with “hot” properties for balance.

In the U.S., soy was originally touted as a health food by people involved in the New Thought health and self-realization movements of the 1900s. It was assumed to be just another bean with similar properties to red or black beans. It was also a potential boon to industry, since it’s possible to make plastic out of soybeans. It is true that soy is full of amino acids and minerals. But because of the plant’s physiology, it’s almost impossible for humans to benefit from the nutrients. In fact, in its non-fermented state, soy is dangerous to your health and should be avoided as much as possible!

Soy is the second most genetically modified crop, right behind corn. But the food industries still haven’t managed to alter its health-destroying properties. Its chemistry, obviously evolved to protect the plant, is not affected by processing and has several extremely harmful properties.

Soy contains several elements which bind to minerals and prevent your body from using them. If you eat a lot of soy, you could develop deficiencies in zinc, calcium and iron. The chemicals which prevent the soybean from being digested interfere with the normal functions of your liver and pancreas. Other chemical elements within the soy protein affect your stomach and intestines. These are the cause of the gastric upset so many people experience after eating soy and are the main reason Asian people thought of non-fermented soy as inedible. Worst of all, soy contains natural phytoestrogens which can disrupt other physical processes in both men and women besides causing premature puberty in children. Phytoestrogens were initially thought to prevent breast cancer but are now believed to cause it. The solutions used to process soy milk are known carcinogens. Hexane, the solvent used to create soybean oil, has been linked to Parkinson’s disease in preliminary studies.

Should you stay away from everything with soy? Probably not. Soy has a number of beneficial uses, it’s just that food generally isn’t one of them. Soy wax is used to make candles that can replace petroleum was or paraffin. Personal care products that include soy are probably safe, and soy biodiesel can be used to power a car.

Unfortunately, it’s very difficult to avoid soy food products. Soy is in practically everything now. Nearly all processed foods have it. Fortunately, more people are becoming aware of the problem. Many are allergic to soy or are told by their doctors to avoid all soy — even the fermented kind — because it interacts with certain medications. The best action you can take is to find soy-free foods and make those the major part of your diet. Look up “soy-free” on line and you will find people discussing it.