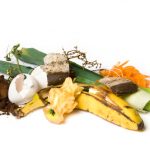 For those who are unfamiliar with compost tea, compost tea is not intended for human consumption but rather to fertilize plants. It is easily one of the best ways to fertilize and feed plants. While compost itself is extremely useful, compost tea, which is made from compost steeped in water, allows the plants to better absorb the nutrients found in the compost.

Making compost tea is easy but it does require the right equipment – an aquarium pump large enough to run three bubblers, tubing, a gang valve, stirring stick, three bubblers, organic unsulfured molasses, pillow case, and a 5-gallon plastic bucket. For those who want to attempt making compost tea without the right aeration equipment, be prepared for it to stink. The organisms in the compost will quickly use up all the oxygen. When this happens, the tea will become anaerobic, which can cause significant harm when applied to plants.

It is also important to use safe water. Well water can be used as-is because no chemicals have been added to it. However, those using city water will have to run the bubbler for about an hour to get rid of all the chlorine. No chlorine can be in the water or else it will kill the beneficial bacteria and organisms.

Once all the equipment has been collected and there is safe water to use, the bucket should be filled halfway with compost. It shouldn’t be packed down or else it will prevent proper aeration from occurring. A length of tubing should then be cut to attach the pump and gang valve. Then, three more pieces, the length from the rim to the bottom, should be cut and connected to each port on the gang valve before pushing the bubbler into the other end. Once this has been done, the gang valve should then be placed on the lip of the bucket. It is important that the bubblers are placed at the bottom of the bucket, under the compost. At this point, it is safe to add the water. Water should reach just three inches below the rim. After the water has been added, the pump can be started.

It is best to make the compost tea on a Wednesday, that way it is ready to be applied when the weekend rolls around. If the compost tea is left sitting for longer than an hour after the pump is stopped, it begins to lose its potency. It is for this reason that, after straining the compost tea with a pillowcase, it is applied immediately to plants using a sprayer. Not only does the compost tea offer incredible nutrition, but it can also help to prevent a number of different disease when applied directly to the plant’s leaves.