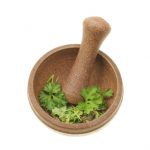 One of the most annoying and unpleasant issues that many people have to deal with is phlegm. Phlegm can be caused by many issues but is mainly due to an allergy or cold that becomes formed in the lungs and throat. Phlegm can make it difficult for someone to sleep and if left untreated it can lead to other health issues. To remedy this situation there are many different types of home remedies from which a person can choose.

Phlegm is a formation of thick mucus that is formed in the respiratory system. It is primarily found in the lungs, throat and mouth. Phlegm generally contains bacteria or viruses. It can clog and irritate many elements of the respiratory system. While it can be very annoying and can result in loss of sleep, it also can also cause further issues such as upper respiratory infections, muscle weakening, soreness or even a fever if it is left untreated.

There are several ways that one can treat this issue. One of the best ways can be steam inhalation. Steam will help to loosen out the phlegm, and relieve the sinus and throat. Using a vaporizer or portable steam inhalers can be very efficient at achieving this. However, a hot bath, shower or even inhaling the steam produced from a pot on the stove can work as well.

Increasing fluid intake, especially warm liquids is also a good remedy. This keeps the body well hydrated, and is important for phlegm cough and sore throats. It also helps to loosen the phlegm to make it stay thin. Once phlegm starts to get thick, it is difficult to expel. Drinking herbal tea is very helpful for mucus cough, and the healing power of the herbs can be very beneficial. Tea with peppermint, eucalyptus, and thyme will draw out the cough phlegm in the throat.

Certain foods will increase phlegm formation, and aggravate the condition. It can be beneficial to avoid fried foods, oily foods, dairy products, meats and cold foods. Spicy foods can also be helpful in eliminating phlegm. Adding chili powder, horseradish, and ginger to your meals encourage phlegm expulsion through coughing. Eating garlic as is or adding it to your meals is also very effective. Honey mixed with grape juice, pepper powder, and lemons can help to ease phlegm cough.

Using these types of home remedies for phlegm cough can be very effective in most cases. While they seem like very simple steps, they can provide a great deal of relief to anyone dealing with this issue. In addition, anyone who has issues with a phlegm cough that last for more than two weeks, may want to schedule a visit with their medical doctor to have their individual issues evaluated.