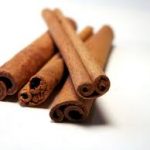 Cinnamon is a spice that has been used for many years. The bark of the cinnamon tree is prepared by drying it and then rolling it into cinnamon sticks, or the cinnamon can be used by grinding the bark into a powder to use for seasoning foods. Oil found in the bark gives the cinnamon a unique aroma and flavor.

People use cinnamon for many reasons. Some use it for a spice in cooking, and others use cinnamon for its health benefits. Cinnamon is a home remedy used to combat diarrhea and morning sickness. It helps by breaking up the intestinal gas that might lead to flatulence and nausea. Some individuals have used cinnamon to aid in indigestion as well. In addition, cinnamon is believed to be good for improving circulation and for helping an individual have more energy.

Studies have shown that cinnamon may benefit individuals who suffer from diabetes since it has a beneficial effect on an individual’s blood sugar. However, individuals who take diabetes medication should consult with their doctor before taking therapeutic size doses of cinnamon since the effects of the cinnamon along with prescribed medication can cause the blood glucose levels to drop too low. In addition, individuals should not replace their prescribed medication with cinnamon without consulting with their doctor first. Cinnamon might be a new option for treating diabetics, and controlling diabetes is important to prevent high blood pressure and coronary artery disease.

The common form of cinnamon found in stores contains a substance that can cause the blood to thin. If an individual gets high levels of this substance, it can damage his or her liver. Therefore, individuals who are taking blood thinning prescription medication will want to consult with a doctor before beginning a regime of cinnamon. However, for individuals who are not taken any blood thinners, cinnamon may be beneficial to them since it has a mild anti-clogging effect on the blood.

Cinnamon has antibacterial, antifungal, antiseptic and astringent properties, which can aid in infections, and this unique spice has a mild anti-inflammatory effect as well. All of these properties can aid in keeping individuals healthier since the antioxidants found in cinnamon is helpful in fighting against aging and cancer.

A teaspoon of cinnamon contains calcium, iron, fiber and many vitamins. Foods that include cinnamon in the recipe will offer an individual some essential vitamins and other items to benefit his or her health. For a healthier meal, individuals can sprinkle cinnamon on their deserts and other food items to add flavor as well as aid them in digesting the meal. Boil some cinnamon sticks to enjoy the aroma of this spice. Some individuals are discovering that the aroma of cinnamon helps their memory and brain function better.

Cinnamon needs to be stored in dark and cool places to keep it fresh. The cinnamon sticks will be good for a couple of years if stored in this manner, but the ground or powdered cinnamon will usually lose it flavor if not used within six months. To get the many health benefits of cinnamon, an individual can learn the proper way to store the spice as well as unique ways to include it in his or her daily life. Cinnamon can be used to make savory dishes, rubbed on turkeys, sprinkled on toast, put in coffee and even added to yogurt. Some people even enjoy a little cinnamon with their milk. With so many ways to enjoy cinnamon, an individual can get the health benefits from it without even trying.

Cinnamon can also be taking in a capsule form instead of adding it to food. An individual can take a dose of cinnamon to give his or her body a good mixture of nutrients to help aid in fighting heart disease, cancer, colds and much more. The health benefits of cinnamon are a wonderful option for individuals seeking to improve their life.