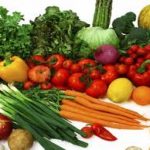 Within the past several years, antioxidants have moved into the spotlight among health and alternative medicine proponents. While certain claims about these complex compounds are nothing more than marketing hype, antioxidants are beneficial when it comes to protecting the body from free radical damage. Before delving into the specifics of how antioxidants protect the body and its cells, it’s important to understand what antioxidants and free radicals are.

It wasn’t until the 1990s that antioxidants made their presence known to the general public. On a foundational level, antioxidants are molecules that work to inhibit the oxidation process of other molecules. Although oxidation is a naturally occurring process, this transfer of a hydrogen electron into an oxidizing agent results in the production of free radicals. If gone unchecked, the free radical chain reaction can lead to cellular damage or even death.

What Are Free Radicals?

When discussing antioxidants, the topic of free radicals must be covered. As stated above, free radicals are the byproduct of the naturally occurring oxidation in molecules. According to MedlinePlus from the National Institute of Health, free radicals are also formed when food is broken down by the body or when the human body is exposed to substances such as radiation and tobacco smoke. Therefore, our bodies are continually exposed to elements that promote the production of harmful free radicals. Scientists have found that free radicals are directly linked to the development of cancer, heart disease and other life-threatening diseases.

Since the introduction of antioxidants into mainstream media outlets, manufacturers of health foods and drinks have deemed this compound to be a “miracle cure” for a wide variety of ailments. Although many of these claims are vastly over-hyped, antioxidants have been scientifically proven to benefit the human body in several ways.

In a study performed by the Women’s Health Study, researchers instructed nearly 40,000 women to take vitamin E every other day for a decade. Vitamin E is a potent form of antioxidants. At the conclusion of the study, researchers noted a 24 percent reduction in women who died of cardiac complications when compared to the women who took a placebo.

Another study published by Harvard School of Public Health outlined a study where participants who had skin cancer experienced a significant reduction in cancer-related deaths and cancer production in other sites by supplementing with selenium. Selenium is another potent form of antioxidants.

Perhaps one of the most discussed health benefits of antioxidants is its ability to protect arteries from atherosclerosis, which is the accumulation of plaque along artery walls. According to studies outlined by the University of Maryland Medical Center, researchers believe that the antioxidant compounds found in green tea may help the delay or prevent the development of coronary artery disease. Other studies have also found the polyphenol antioxidant compounds in green tea may inhibit the absorption of cholesterol within the intestines. Hindering cholesterol absorption may help protect arteries from LDL cholesterol accumulation.

Although initial studies are promising, other studies have found little to no benefit of enhancing your antioxidant intake. While scientists are currently debating the true value of antioxidants, preliminary evidence does show antioxidants provide some sort of benefit.

Antioxidants are found in a wide array of food items such as fruits and vegetables. While antioxidants are available in supplement form, scientists recommend consuming these compounds through food sources.

Antioxidant substances consist of: vitamin A, E and Ce as well as in selenium, lutein, beta-carotene and lycopene. Food sources with these compounds include nuts, whole grains, fish, poultry fruits and vegetables.